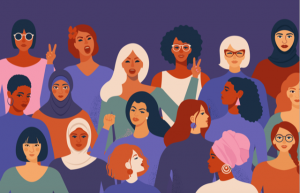 In collaboration with Dawlaty Foundation, the Centre for Transnational Development and Collaboration has designed a tool on political participation from an intersectional feminist perspective. This tool, which was written in Arabic, seeks to redefine the concept of political participation, and to unpack the concept of “the personal is the political” from a feminist perspective.

Many women and feminist have been working on the concept of women’s political participation all over the world, additionally many international and human rights organisations attempted to focus on women’s political participation and to exert their great effort to guarantee the right of men and women. Despite the cumulative work of civil societies in Arabic speaking countries and the global south on involving women in politics, these organisations have not been able to define ‘women’s political work’ to transcend traditional politics. We can learn many lessons these traditional human rights initiatives and systems, which define political work as work linked to state institutions, international institutions, and inter-international institutions.

In this toolkit, we aspire to build real political feminist movements at the grassroots level, we seek to present an alternative framework to traditional efforts, which cannot be considered suitable to achieve intersectional feminist justice in the global south in general, and in Arabic-speaking countries in particular. In this tool we leave you with an alternative to the concept of politics from an intersectional feminist perspective.

© Centre for Transnational Development and Collaboration.